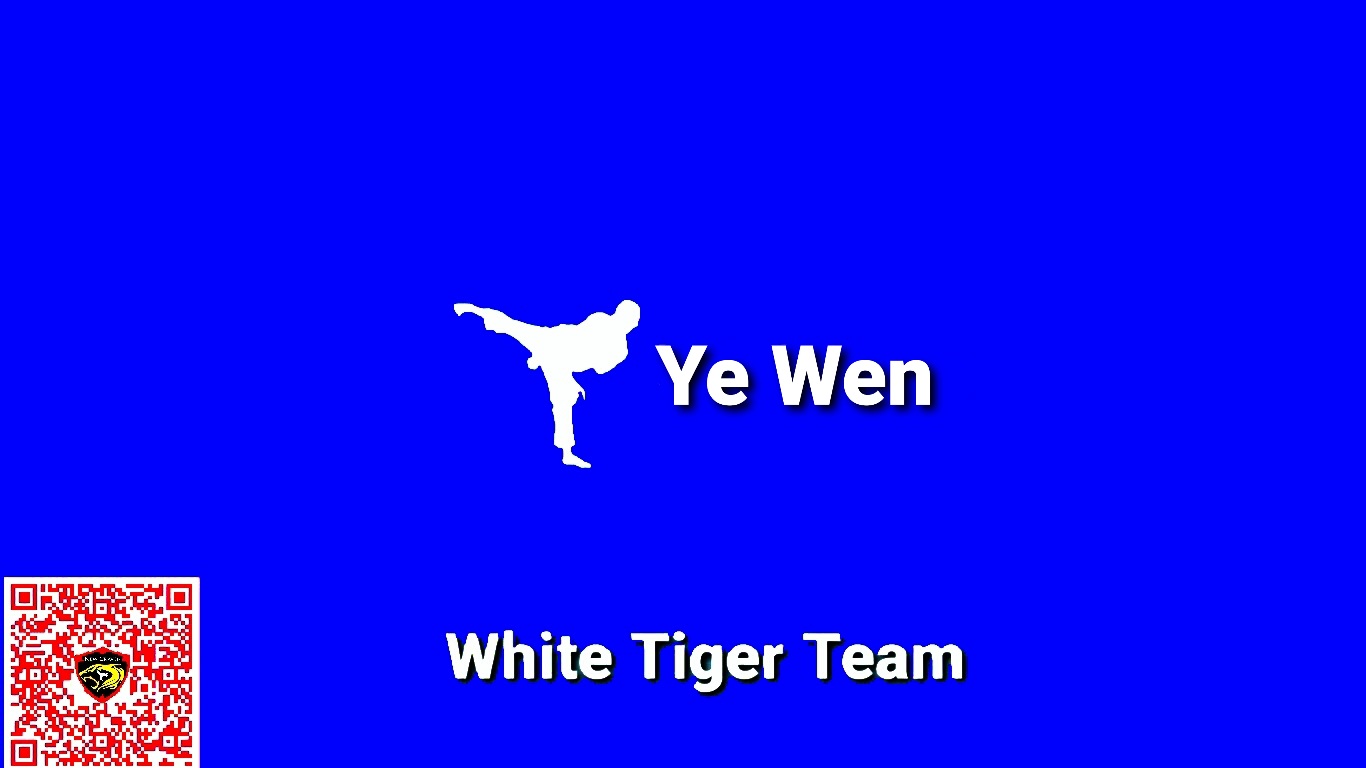 ( English )
Absolute Kungfu Not Merchandise
While he received his first student named Guo Fu, Ye Wen was very concerned about the selection based on the basic nature of a person, he often said: "Students choose a good teacher, of course difficult, but the teacher chooses a good student, more difficult"
Guo Fu was initially a poor man, but he was very fond of learning martial arts, and had good morals and was very diligent, in the process of appointing a teacher during those years Guo Fu had hired Ye Wen and accepted him as a student.
At first Guo Fu was happy to perform the rapture ritual and called out loud Shifu / teacher, but Ye Wen seriously said, never call Shifu at all. Later, the new seniors told Guo Fu that Ye Wen was a very humble person, he did not like to be called Shifu, the students called him "Uncle Wen", in the 5-year forging, Ye Wen was very satisfied with Guo Fu who active then lowered his death moment to Guo Fu.
In 1949 the CCP established a government, because Ye Wen during the war against Japan had helped Nationalist forces and some reported, so as not to drag his family, in 1950 Ye Wen came alone to Hong Kong, introduced by a friend who worked in the newspaper agent, Li Min, he once received a student on Hai Tan Road and then on You Ma Di Li Da Road.
For the next 20 years, he continued to spread Yong Chun's martial arts. Bruce Lee also joined Ye Wen College at the time.
Bruce Lee later emigrated to the US and did not have time to master the whole science of Yong Chun martial arts and after Bruce Lee became famous in the film world, he once visited Ye Wen personally, hoping to learn the method of wooden man stakes from Yong Chun, and proposed to exchange for the price of an apartment in return welcomes Ye Wen personally showcasing the entire method of wooden man pegs, as well as taking his film to be brought to the US for his own study.
But rejected by Ye Wen, a number of students think that this seductive offer from Bruce Lee is not accepted by Shifu is very unfortunate, but Ye Wen stands as long as students are sincere in mastering knowledge, then will train fairly, absolutely can not make Kungfu as a commodity, Ye Wen's life has always adhered to that principle.
Ye Wen also thinks, "Learning martial arts takes precedence over morals" and "Emphasizing spiritual values ​​and taking profits lightly", he during his life gave training, but never put up a nameplate, nor ever put up advertisements, he thought martial arts should prevent violence and maintain the peace of mankind.
Ye Wen's age even though he has passed 70 years still in the middle of the night around 4 corners to help maintain the security of his area, once a criminal took out a knife to rob a pedestrian, he blocked, a moment later only heard the criminal kicked and bounced 5 meters away and fainted.
Li Da Road is the only safe place in Hong Kong, also because of this Ye Wen often receives awards from the Hong Kong Government, earning the title of "Thumbs Citizens".
In his old age, Ye Wen's greatest hope was to inherit the culture and raise Yong Chun martial arts to all corners of the world, after his death, his students continued the development of Yong Chun martial arts to various countries in Europe and the US, becoming world renowned martial arts. After Ye Wen died by all circles he was recognized as the “Headmaster of the Present
Facebook Twitter Telegram